Metersbonwe: The Decline of Helplessness

November 21, 2019
If you are "pre-90," you will probably remember how fashionable Balne/Jeans and Meters Bonwe were in the fashion industry more than a decade ago. However, these clothing brands that were once considered to be representative of the trend and are highly sought after by young and middle-aged people have now suffered a drastic decline in their influence. What exactly is the brand name that we once chased after those years?

10 years ago, Meters Bonwe was an idol brand popular among the public. Whether it was a white-collar worker or a student, they could find a suit for themselves. Ten years later, the shop continued to have a constant flow of visitors, but most of them were attracted by the cries of crazy discount promotions. 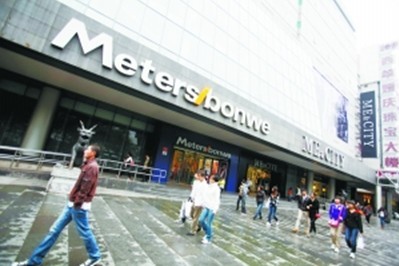 In 16 years, it has developed into a popular brand in the Chinese market - MTS Bonville; 5 million RMB please "Jailbreak," male lead Miller speaks, in the "Transformers 3" implanted 1 million yuan advertising , Chairman Zhou Chengjian has been the richest man in the "Hurun Garment Rich List" for the third consecutive year. For many years, the company has ranked among the top 100 enterprises in China's garment industry and has been named â€œTop 500 Large-scale Private Enterprisesâ€ by the All-China Federation of Industry and Commerce. Other honors have allowed "Mamba" to write a series of exclamation marks in the industry.

Metersbonwe's existing: Meters/bonwe, ME & CITY, AMPM three major brands, and operates a state-owned B2C e-commerce platform. In the first half of this year, the company's total operating income of US$ 4.6 billion was up by 21% year-on-year, and its net profit was 430 million yuan, up 15% year-on-year.

However, with all these beautiful appearances, it is impossible to hide the fact that Mebon is facing a crisis of decline in reputation and brand power. With the arrival of ZARA, H&M, Uniqlo, Muji, IT and other international luxury goods, and tidal brands, those who have been accompanied by the â€œpost-70sâ€ and â€œafter 80sâ€ growth have become more aware of the fashion brand, such as Baleno, MTS. Bonwe and Jeanswest began to be overshadowed. In Beijing's Wangfujing ZARA store, even on a working day, you can always see the long dressing team before the fitting room. Although the flagship store of Wangbangjing across the street from ZARA, although there is considerable traffic, many The customer admittedly because Smith Barney had a big discount.

Many consumers told reporters that it is not a piece of clothing that has â€œtype and qualityâ€ but is a 20% off and 20% off sale. A fashion-conscious consumer stated that "the discount sale is something that many brands will do, but the feeling of Smith Barney is that whenever they go, their clothing is discounted. Over time, we feel that this brand is of very high quality. low".

Zhang He, an apparel industry analyst, said that Evergreenâ€™s promotional activities are caused by its own large inventory. ZARA has created a fast fashion model, while Smith Barney is its most loyal student, but failed to get good results. Any ZARA imitator will be told that keeping inventory low in the fast supply chain is the basis for profitability in this model. ZARA takes only 10-15 days from costume design to shelf, while Smith Barney needs 70 days turnaround time. In the ever-changing trend of the fashion industry, a one-week shift in the supply chain means devaluation. When the clothing of Smith Barney was put on the shelves, the trend of the trend had already changed, and most of the products produced could only be turned into inventory. As a result, Smithsonian made a fatal mistake, not only has its stocking rate not decreased, it has also increased several times more than in the past when it was "slowly" operating.

According to the analysis of the CICC, the stock of Smith Barney at the end of 2011 was about 2.5 billion yuan, which is still at a relatively high level, including about 1.5 billion yuan for the products in the spring and summer of 2011 and the previous quarter. Over time, the value of backlogs continues to decline.

In addition to the pressure of extrusion and inventory of the international Tide brand, online shopping has also brought unprecedented impact on Smith Barney. The rise of apparel e-commerce companies represented by Vanke quickly took away the popularity of Smith Barney by selling at no cost. The example is Smith Barney's T-shirt is always sold without a guest T-shirt. In this case, Smith Bark can only fight back and regain popularity.

In fact, Smith Barney also began to expand e-commerce in the period of â€œcreaking in times of safetyâ€â€”Bangkang. In December 2010, the state-owned major apparel sales company MB, MC and its own network brand AMPM were on-line. However, the operating performance of the state purchasing company was not ideal. When the state purchasing network was opened, it had been confident and very optimistic that â€œFashion and happy shopping started with state purchasing!â€ However, Smith Barney did not realize that no matter whether it is resource allocation, Or logistics and distribution, can not meet the needs of the state purchase network, especially in the face of professional B2C pressure, only the parry merit, did not fight back. Helplessly, the previous period invested more than 60 million yuan for the state purchase network, and it went white.

Therefore, Smith Bark can only reluctantly issue an announcement saying that it has decided to stop the operation of the B2C platform "state purchasing network" and hand it over to the controlling shareholder of the listed company.

The new brand ME&CITY is not awesome

While mimicking the ZARA supply chain, Smith Barney failed to imitate the brand successfully. Fast fashion brands such as ZARA, H&M, and Uniqlo have a great influence on the trend crowd, and Meters Bonwe and its brands have never been fashionable. For apparel brands, this means that it is impossible to get rid of the low-end image, and Smith Barney urgently needs a brand upgrade.

The company then tried to copy the success of the Meters Bonwe brand into a new brand. Many people still remember that the slogan of "Not going the unusual way" and the Jay Chou's endorsement made the brand quickly become popular. After the establishment of ME&CITY, Smith Barney took extremely similar marketing measures and invited Miller, the hero of Prison Break, to attract attention from the media and consumers.

At that time, everyone thought that ME&CITY would become a high-end fashion men's brand, representing the future high-end direction of Smith Barney. Unfortunately, the ship is difficult to turn around, and rapid adjustments are not easy for this brand.

"It's very difficult for a clothing brand to go from low to high. After Prada succeeds, it will launch a lower-positioning brand, MiuMiu, but it will not launch a brand that is more targeted than itself." Zhang He said, "Melbourne should take the brand slowly. Pan, put the students in another brand."

It seems that there is still a lot of work to be done in upgrading beauty brand, and the distinction between inventory, internal brand positioning, and how to create a space of their own in the case of many tide brands competing against each other. These are what Smith Barney needs to consider. problem.