At the stage of the origin of Chinese civilization, the Haishu area, with Shandong as the main body in the lower reaches of the Yellow River, is the main activity area of â€‹â€‹the Dongyi people who have long confronted the Huaxia people in the Central Plains. The geographical location is just right in the prehistoric northeastern region, Hongshan culture and the lower reaches of the Yangtze River. Among the two major jade culture systems of culture, the jade artifacts unearthed in many aspects reflect the secondary characteristics influenced by the two original jade culture systems, but there are also many unique features. 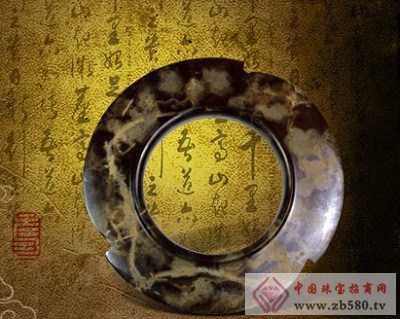 The earliest jade found in Haishu area, more than 7000 years old. However, the maturity of the jade craft began with the Dawenkou culture dating from about 6,300 to 4,500 years ago. The early jade articles of the Dawenkou culture were sporadic and the number was very small. By the middle and late stages (about 5,500 to 4,500 years ago), the number and variety of jade articles increased significantly. A number of distinctive jade articles have been unearthed in the tombs of Dawenkou, Zouxian Yedian, Jiaoxian Sanlihe, Songxian Lingyang River and Jiangsu Xinyihua Hall. Among them, the double-drained scorpion unearthed in the Zouxian wild shop, the multi-connected raft, and the rounded enamel with the inner and outer edges are thin, and the shape is similar to the similar jade of the Hongshan culture. The jade articles unearthed from the Lingyang River and the Xinhuahua Hall in Jixian County are close to Liangzhu Culture. In particular, the ruins of the flower hall, the funerary and funerary pottery of the tombs show the obvious Dawenkou culture style, while the jade articles such as enamel and enamel have The characteristics of the typical Liangzhu culture. The "two-in-one" phenomenon of this culture is a direct evidence of cross-regional exchanges between prehistoric cultures.

Dawenkou culture jade can be divided into ceremonial utensils and decorations with its functions. The jade that is flat and well-formed should belong to ceremonial utensils; rings, bracelets, pendants, etc. are decorative items. In the ornament jade, the most special shape is not the gums. This kind of outer rim has three dentate protrusions, protruding parts or special jade with or without dentate small teeth. It was recorded in Wu Dazhaoâ€™s "Ancient Jade Picture Examination" in the late Qing Dynasty and was verified as an astronomical appliance. "Shang ShuÂ·Yuan Dian" is in the "Yu Yu Heng, Qi Qizheng" "ç’‡çŽ‘". However, archaeological data reveal that gums are likely to be a decorative jade for wearing.

The jade gingiva that has been discovered so far is the earliest in the Dalian area of â€‹â€‹the Liaodong Peninsula. In the late Dawenkou culture, the gums were introduced into Shandong from Liaodong. In the Dawenkou cultural tombs of the Sanlihe River in Jiao County, three tooth-toothed and tooth-toothed three-toothed plaques were unearthed. By the time of the Longshan culture, the Haishu area has become the main producing area and output source of the gums. The jade fangs unearthed from the Wulian Dan soil in Shandong Province, the jade is light blue-gray after being subjected to sputum. The center has a large perforation, and the outer edge has three dentate protrusions, and the outer edges of the two teeth have a small tooth-shaped tooth in the middle. The largest diameter is 22.5 cm, the inner diameter is 17.2 cm, and the thickness is 0.5 cm. It is the largest one known in the prehistoric gums.

In addition to the Haitang area, the jade fangs of the Longshan era were also found in the middle reaches of the Yellow River, such as the Tao Tao Temple in Shanxi and the Shenmu Dendrobium in Shaanxi. These gums are obviously products of the influence of the sea otter area, but the shape is more complicated and varied. In addition to the mainstream three gingiva, there are many other styles such as the four gingiva of the variant. Although scholars have denied that the gums are "ç’‡çŽ‘", why did the ancients make the decorative jade into a strange look like a child's windmill? The unique meaning of the shape of the gums is still unsolved.